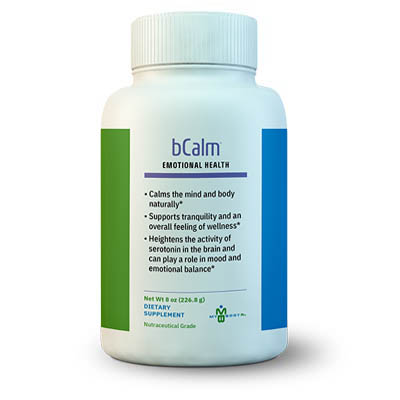 Inositol has been shown in studies to provide a significant benefit to people who suffer from anxiety and panic. An all-natural vitamin B8 complex, Inositol naturally enhances brain function and provides a profound calming effect.*

Doses of 12–18 grams per day have been shown to be effective in double-blind trials as an intervention for depression, anxiety, and obsessive-compulsive disorder.*

Inositol is a vitamin-like substance found in many plants. It is reported to heighten the activity of serotonin in the brain and can play a role in mood and emotional balance. Inositol is a type of sugar with several important functions.

It plays a structural role in your body as a major component of cell membranes. It also influences the action of insulin, a hormone essential for blood sugar control. In addition, it affects chemical messengers in your brain, such as serotonin and dopamine.

Inositol is essential for the proper functioning of serotonin and acetylcholine among other neurotransmitters. Low levels of brain inositol may lead to depression and including Inositol as a supplement has shown positive antidepressant effects in several studies. Studies have also shown positive results in terms of the treatment of panic disorders.